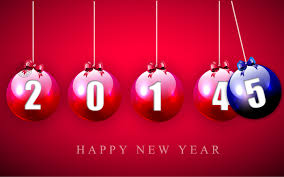 After four years of David Cameron’s Coalition Government with the Liberal Democrats, one could be forgiven for thinking that the Labour Party has never been away. Certainly, its spirit of the nanny state has lingered far into Cameron’s term of office.

In April 2015 the display ban for smaller shops comes into force and hard-pressed convenience stores will have their costs increased and inconvenience maximised. There has been no amendment to the smoking ban. In fact, the first shots across the bow have been fired to ban smoking outside, with local councils all too willing to see if they can get some traction with the public.

Boris Johnson, the Mayor of London, wanted to pass a ban not only in parks but in squares in London, such as Trafalgar Square and Parliament Square. I received the press release and, on the eve of his announcement, tweeted to him a link to his appearance on the BBC’s Room 101 where he argued against the smoking ban and also against New York Mayor Michael Bloomberg’s ban. By lunchtime, he had changed his mind. I do hope by my pointing to his hypocrisy I had a hand in getting him to back down.

Do not think this will be the last time the anti smokers will try to ban smoking outside, they had to try long and hard for indoor bans.

However, 2014 has been dominated with plain packaging for cigarette packets. It is certainly the first time since the smoking ban that such an effective campaign has been launched by the pro-choice lobby. Even now, our Government is on the back foot and has yet to announce its decision. It’s not surprising seeing that since the introduction of plain packaging in Australia youth smoking has risen 36%, smoking rates have remained static, and the black market has increased.

The Australian Government is also under threat of being sued by the tobacco companies. Under the World Trade Organization rules and the Trade-Related Aspects Of Intellectual Property Rights (TRIPS), Article 20, it is made quite explicit that “The use of a trademark in the course of trade shall not be unjustifiably encumbered by special requirements, such as use with another trademark, use in a special form or use in a manner detrimental to its capability to distinguish the goods or services of one undertaking from those of other undertakings.”

Australia will have to prove that plain packaging did lead to a reduction in smoking, which is highly unlikely, and estimates for damages are put at £11 billion. We may finally have won an issue.

It has been a busy year for F2C in the media, with a record sixty TV and radio appearances, including a listening audience of 50 million on the BBC World Service. In addition, F2C is increasingly being asked to defend the lifestyle choices of alcohol, salt, sugar and fat. Personally I have also done online gambling and The Sun newspaper’s Page 3, and have had a busy year writing for Breitbart.

In May 2015, we also have the General Election. The only party that so far shows any sympathy for smokers is UKIP, whose latest published policy statement says it “will amend the smoking ban to give pubs and clubs the choice to open smoking rooms properly ventilated and separated from non-smoking areas” and that it “opposes ‘plain paper packaging’ for tobacco products and minimum pricing of alcohol”. It is thought that UKIP is one of the reasons why the Tories have not announced their decision on plain packaging, and there are rumours that introducing the measure may be delayed until after the election, if at all.

In 2015 F2C are ready to continue the fight for freedom, and Chris Snowdon’s recent paper on the smoking ban and 6,000 pubs closing may finally bring the Coalition to consider amending the ban.

I would like to express my warmest thanks to the members and supporters of Freedom 2 Choose and in particular to its Executive Committee members for all their hard work keeping F2C going and running efficiently. It really is a team game and I cannot express my appreciation too much. I also give a very warm welcome to Chris Garcia to the Executive Committee. He is making a very positive impact already.

May I also take this opportunity to hope you all had a happy Christmas, and to wish you a happy, healthy and prosperous New Year. I am sure the health nannies will not want you to smoke, drink and eat too much…..