Smokers May Lose the Right to Council Housing

Some may be aware that those in prisons and mental hospitals in parts of the United Kingdom have lost their right to smoke. We have condemned this prohibition in previous articles, not only because it is completely inhuman but because it had set the precedent for full tobacco prohibition on everyone. If they lose their human rights, so does everyone else. Some may also be aware that by federal law smoking will be banned in all public housing across the United States of America. Those caught smoking in or near their own accommodation three times will be turfed out on the streets. 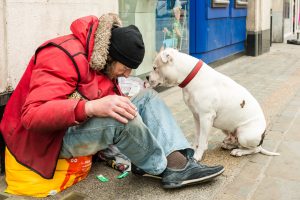 Authoritarians in this country are a little less bold and a little stealthier with tyranny. They wait for another country to introduce something first, then use that other country as an excuse, as well as many other excuses, for introducing it here. Just as the UK has followed the Republic of Ireland on the workplace smoking ban and Australia on cigarette and roll up tobacco disgusting packaging, some now want the UK to follow the USA by banning smoking in all council housing for all new tenants. This will most probably be followed by all tenants in council housing. Though technically they could still smoke when not in their council estate, in practice this would mean they have two choices: quit or be homeless. This policy has nothing to do with smoking and everything to do with saving money. It seems every time those in power have a dilemma they can use tobacco control to solve it. People not putting in enough hours at work? Bring in a smoking ban and close the pubs down. The Treasury is short on money? Bring in minimum pricing on cigarettes. Not enough doctors to perform operations? Leave the smokers to die. So of course, if councils are short on housing, just turf the smokers out. Like always they give the feeble excuse “this will help smokers quit” or “it’s for the children”; if this is help then what is punishment? Why not just put the smokers in the gas chambers now? Often, when people warn of coming tobacco prohibition it is dismissed and laughed off as propaganda from scaremongers. The reason given for this answer is that people will always smoke, so it will never be made illegal. People always smoked in pubs; people always smoked in prisons; people even smoked on planes while other people had no issue, once upon a time. This is not about what people do. This is about that what certain people want, certain people get, by whatever tactics, lies, excuses or means. Tobacco prohibition is not planned to come in overnight. It will pick the population off sector by sector, person by person. The WHO, PHE, ASH and company are an alliance of hungry lions picking off the buffalo one by one while the rest of the buffalo keep walking until there is no buffalo left. Then they will move onto the zebras.

This will not stop at smokers or smoking; without any resistance, it will never stop. Tyranny has never in history stopped of its own free will. ASH will never one day decide and say “you know what, we are happy now with what we have achieved and we think taking it any further will just be a step too far.” Only other people can do that.

Metro Article: Smoking could be Banned in Council Estates

Mirror Article: Councils Tenants could be Banned from Smoking Inside their Own Homes