Freedom Shone through the Rain at Stony Stratford 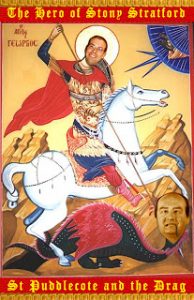 Driving conditions on the M1 were atrocious, it was almost as if the Good Lord himself had  sent a sign that Stony Stratford, on this rain sodden day, was the start of the revolution! They say that it only rains on the righteous-well saturday morning proved that as well over 70 vehicles navigated their way to the sleepy market town of Stony Stratford-except it wasn’t so sleepy today!

We arrived and thankfully found a parking space only yards away from the venue (still enough yardage to get soaked though!) as the rain refused to relent. The pub was already half full of bodies and all promotional material was plonked on a table near the back wall where the Speakers eventually sat. The posters of Herr Bartlett were gratefully recieved by all and were soon festooning the walls (great work “Cue” – and thanks mate) and all speakers referred to the buffoon as they told why ‘his’ motion must be denied on tuesday 19th when the Town Council meet to consider ‘his proposals’.

Bill Etheridge (Freedom Association) explained why our poster on the back wall signified all that was wrong in this country, as Winston Churchill stared down at us. Bill also produced a cigar and stuck two fingers up to a certain persons proposals-‘V’ for Victory, for as he said, Winston fought for our freedoms yet Cllr Bartlett would want to give him a ticket for smoking his cigar!

Patrick Hayes talked about how ‘we’ had allowed this situation to develop and that we had ‘allowed government to feel ‘they could take our liberties away from us’. Of course Patrick had hit the nail on the head to perfection as he did when he said, “enough is enough”. This has to be the start of the people standing up for their rights, standing against pillocks like Paul Bartlett and standing against government policy makers!

Roger Helmer, our honourary member, then caused amusement by confessing that he was a politician and worse still, a member of the EU Parliament. He openly stated that he had not touched a cigarette (smoking wise) for 40 years but, should this ludicrous proposal be voted through by the Town Council he (Roger Helmer MEP) will be joining us all outside for the biggest demonstration of civil disobedience ever witnessed-and he will smoke a cigarette! Fighting talk from my non smoking friend but I know he means it, for he is fired up about the loss of human rights & civil liberties caused by this draconian ban. “This is the thin end of a very nasty wedge”, claimed Roger, “this is not about health, it’s about LIBERTY.” And there you have it folks. The smokers rolled over when this ban was first mentioned, they rolled over when implementation was imminent and then walked away when it was law! The pubco’s were complete and utter washouts, believing that ‘millions of new (non drinkers) were just waiting in ‘them there hills’ to over-run the new clean air pubs.

Nine thousand dead businesses later… and they are still waiting! 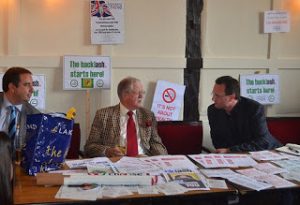 David Odell, who happens to be the Chairman of the Stony Stratford Business Association was quietly vehement about Cllr Bartlett’s proposal. As far as he was concerned Bartlett simply wanted to put a ‘No-Entry’ sign at either end of the community; he could clearly see businesses suffering badly should this proposal be accepted on Tuesday and clearly had no time for Herr Bartlett at all.

Finally, after a smoke break, Nigel Farage appeared and, with his usual gusto, marched straight into ‘banning the ban itself’. Never one to mince his words, Nigel informed the assembled that as far as he was concerned pubs should have a smoking room at the very least! Bravo Nigel.

It doesn’t seem as there is much support for Herr Bartlett’s proposals in the sleepy town either as ‘Charlie’ described him as “absolutely bonkers” as he nipped in for 10 cigarettes. Suzi Whittaker, who runs the High Street gallery declared, “everybody wants to keep this a thriving little market town. Nobody supports him. People who don’t smoke don’t support him. People who have kids and don’t smoke don’t support him!”

Gina Sherwood was less restrained, ” he’s a total twat! I think it’s absurd and I don’t know one person who is for this!”

I would tend to agree with Gina, for the stench and the pollution caused by Herr Bartlett’s ambulance far, far outwiegh any wisp of smoke that may come your, or anbody elses, way! Given that Stony Stratford rubs shoulders with an extremely busy A5 his whole argument about pollution is blown out of the window! Cigarette butts? stick a few more smoker friendly bins out Councillor Bartlett-and Butt Out! 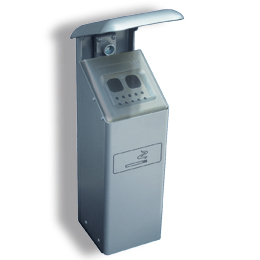 Incidentally, on the “butt” issue, I now understand why Herr Bartlett had his photo taken 10 miles away in Milton Keynes, sporting plastic gloves, collecting fag ends for his newspaper article last week-there were none to be seen on Stony Stratford High Street! Yes, there may have been the odd ‘dog-end’ on the floor somewhere in the town, but where I was, there were none. My good lady handed out the f2c info sheets I’d had printed up decrying litter and Cllr Bartletts idiotic proposals…err, sorry, I underestimated the number needed!

I was introduced to Frank Davis and I met Simon Clark who had brought a box full of ‘personal pocket ashtrays’ and distributed freely to all. We had a brief chat and a smile about a certain matter but fully agreed that idiots like Bartlett needed to be exposed as the totalitarian fruitcakes they really are-for as Nigel Farage asked, “what next, shall we ban doughnuts?” 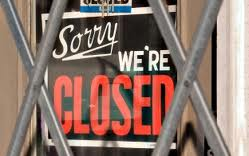 There were plenty there I needed to communicate with but the general hubbub rather curtailed that option.

There was another A4 sheet being handed round, headed “It’s about the freedom to choose!” At the very bottom it listed:

Now that, to me, looks like the sort of unity we need to start with. It is no good all being individualistic, this government and the ‘holier than thou’ brigade need to see that together we are large, frighteningly large! They need to see that the smokers, friends of smokers and the tolerant masses are sick of this persecution of a minority that provide government with an embarrassment of riches. The time for a united fightback is here, the “stand off in Stony Stratford” has given us the base from which to march forward. Councillor Bartlett might be a lunatic but on Saturday he gave us a platform from which we can easily build!

The day was a victory for freedom, despite the rain. Spare not a thought for Cllr Bartlett for he is a twisted, self serving ego maniac disguised as a healthist. Instead, think about the real enemy and who they are twisting around every statement, every survey, every child. ASH. They fully supported this lunatic proposal to ban smoking in all of Stony Stratford, like Cllr Bartlett, they don’t care about local businesses, they simply want a total smoke free environment at the expense of whatever human rights and/or civil liberties just happen to get in the way.

We must unite and return this country to sensibility!